In Memory Of…. an ABC Project

I have been asked by the ABC to share this information about their awesome project.

As one year finishes and another begins, it’s time to remember and pay tribute the people in our lives who died in 2014.

ABC Open invites ABC audiences to submit a photo and story of a person who has died in 2014 to In Memory Of. It could be a photograph of a moment shared together, or that reminds you about a particular personality trait or story about your friend or loved one.

Lives are made up of thousands of little moments. Tributes to In Memory Of need not be a list of achievements. Choose one story or moment to write about – it could be your favourite memory or the one that makes you laugh. Keep your story to 300 words or less.

Anyone can contribute a memory. The person you are writing about does not have to be a public person and you don’t need to have a professional photo to submit a memory.

ABC News Online will be collating the stories into an interactive timeline as part of their end of year news output, reflecting on the year that was.

In Memory Of was inspired by The New York Times Magazine projectThe Lives They Loved.

Submissions are open until 30 January 2015. You can view all In Memory Of stories on the ABC Open website. 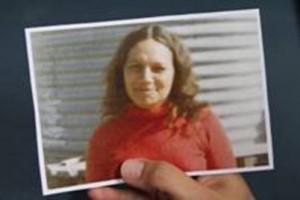